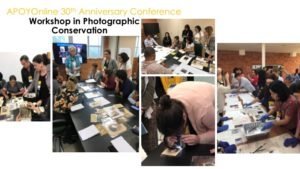 Copyright 2022 - Association for Heritage Preservation of the Americas